The concept of a regional terrazzo association was sparked by Lou D’Agnolo Sr. and Narch Modesto in 1965. The two discussed various benefits offered by such an organization, and then proceeded to research potential members. Initially, this new group called North Central Terrazzo Association (NCTA) was limited to 23 firms in three states: Illinois, Indiana and Wisconsin.

At the first meeting in 1965 at Chicago’s heralded Como Inn, officers were elected and arrangements were made for specific office functions. In a relatively short time, a full-time architectural representative was brought on. Within a year, membership increased to include other Midwestern states.

The association became stronger over the years, and subsequently NCTA was approached by MOTCA (Michigan, Ohio Terrazzo Contractors Association) and, after negotiations, MOTCA merged into and became part of NCTA. You can learn more about our standards for contractor membership below.

The NCTA was started to promote the usage of terrazzo—and to educate architects, designers, and building owners on the widespread benefits of selecting this long enduring and always endearing flooring material. To learn more about the variety of projects the NCTA has been involved with, you can review our NCTA case studies or the NCTA design gallery. 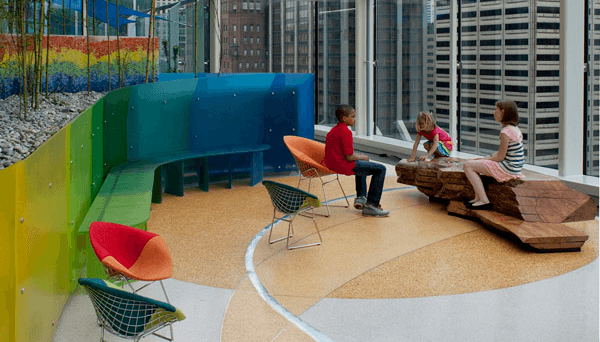